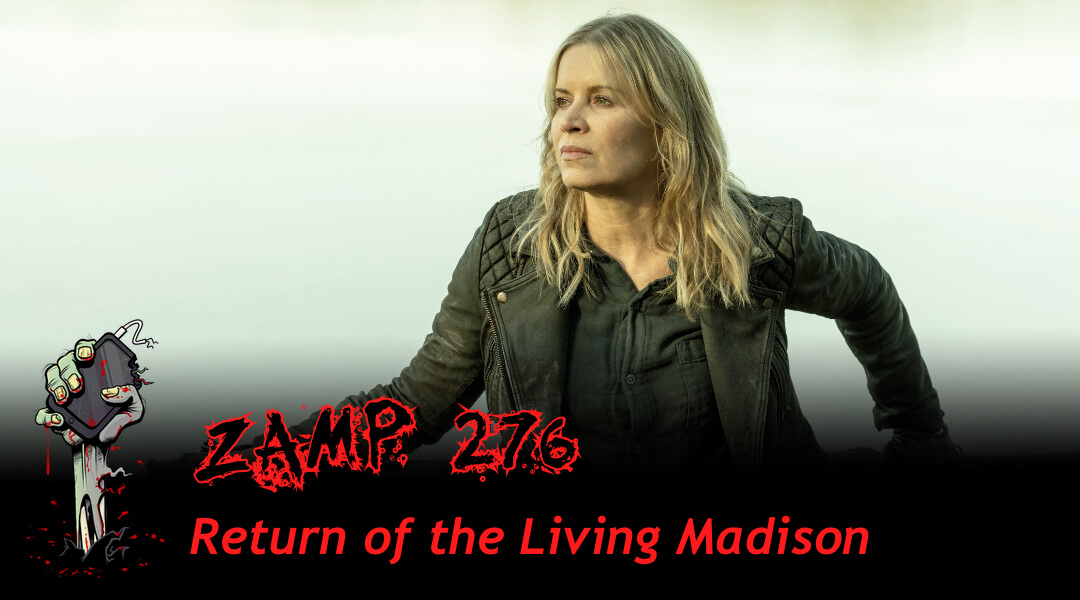 We’ve finally caught up on Fear The Walking Dead, which includes a goodbye to some characters alongside a big return. But before we discuss all the Part 2 of Season 7 fun, we have some zombie news to go over! Following up on our last episode, a remake of Lollipop Chainsaw has been confirmed for 2023. We now have a confirmed date for Tales of the Walking Dead, and a new video game will be arriving this Fall which is heavily inspired by the original Resident Evil. Teasing next episode, we also get some very early impressions from Lou on the newest Resident Evil series on Netflix.

Coming up on ZAMP! We’ll take a look at the new Resident Evil series on Netflix. Plus news from San Diego Comic-Con, which we expect to produce A LOT of AMC TWD news. Maybe a Marvel Zombies update too? Oh, and since we enjoyed The Last Drive-In so much, we’re going to check out Dead and Buried with Joe Bob Briggs later this summer. Stay tuned!