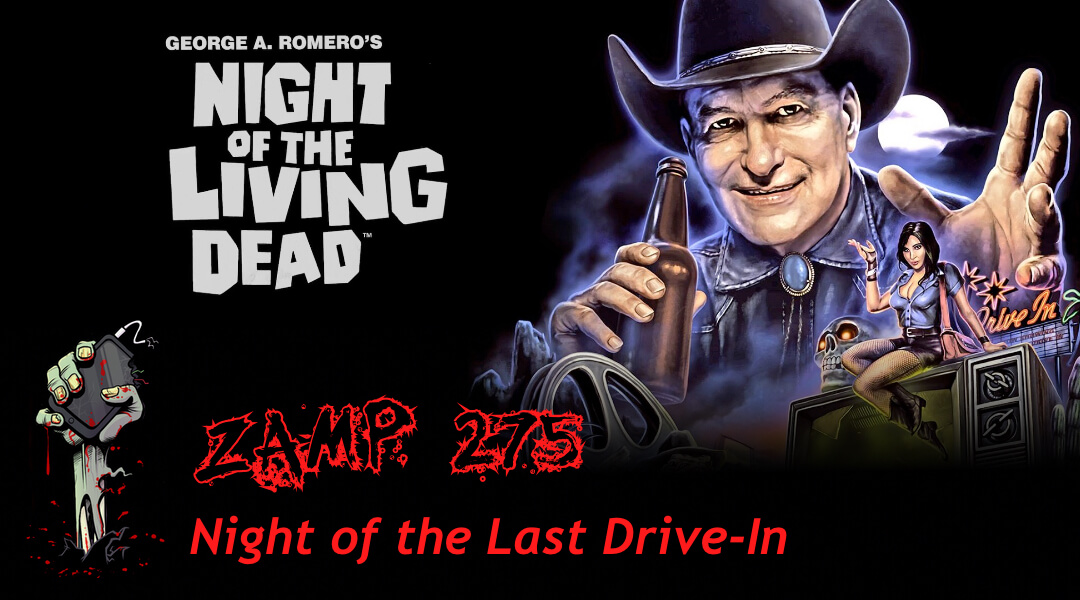 We return to the 1968 version of Night of the Living Dead, with a little help from The Last Drive-In with Joe Bob Briggs. Available on Shudder or AMC+, be sure to check out Season 4, Episode 1 for all the fun! But before we join Joe Bob Briggs at the drive-in, we have some zombie news to go over. The Last of Us has a few projects in the works, including a remake of Part 1 due later this year on PS5 and PC. Capcom has announced a bunch of Resident Evil related projects, The Walking Dead will get a Facebook experience in July, and Lollipop Chainsaw may be making a comeback.

Coming up on ZAMP! We have more The Walking Dead to get to, with Dead in the Water (sub short) and Fear the Walking Dead Season 7 Part 2! Then we’ll take a look at the new Resident Evil series on Netflix. Oh, and since we enjoyed The Last Drive-In so much, we’re going to check out Dead and Buried with Joe Bob Briggs later this summer. Stay tuned!