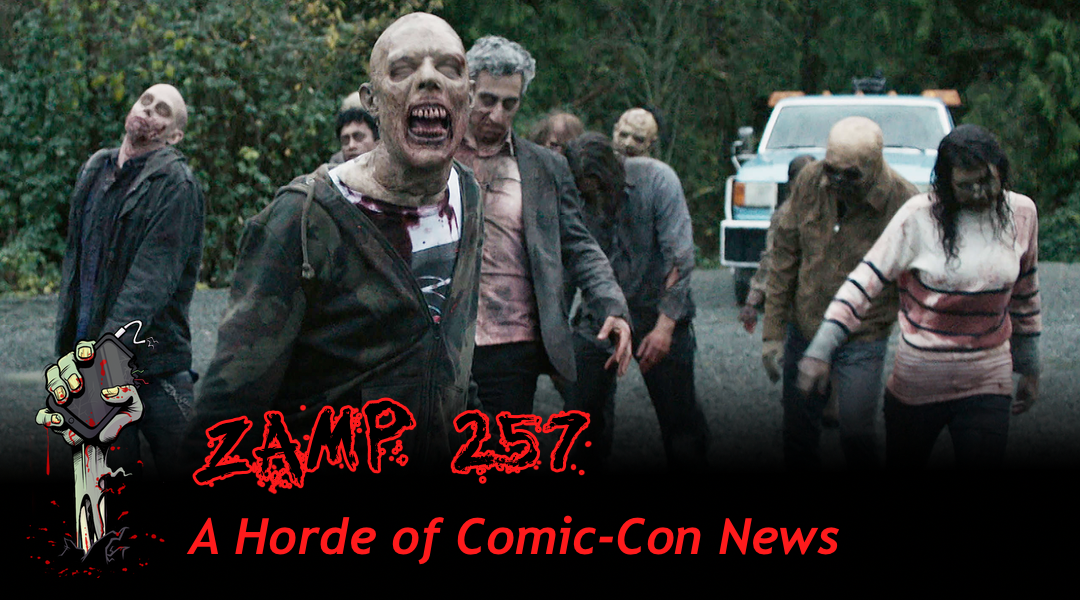 We return, after a slight delay in the schedule, to chat about all the zombie news to arrive in the last three weeks. This includes all the AMC fun that was announced at San-Diego Comic-Con At-Home. In the general news we chat about the new Last of Us fan film titled Stay, Marvel shows off more Marvel Zombies in the new What If… series, SyFy’s Day of the Dead has it’s first trailer, and Army of Thieves references zombies so we’re going to talk about it. Shifting gears, we then focus on all the AMC The Walking Dead news from Comic-Con, including new looks at Season 11 of The Walking Dead, Season 2 of World Beyond, two previews for Fear The Walking Dead Season 7, AND more talk of how the Rick Grimes movies will be worth the wait. Oh, and don’t forget to enter our Stubbs the Zombie on Steam giveaway. But you’ll have to listen to the episode to find out how!

Coming up on ZAMP! The Walking Dead returns at the end of August, so to fill the gap we’re going to talk about Black Summer S1 and S2 on Netflix.