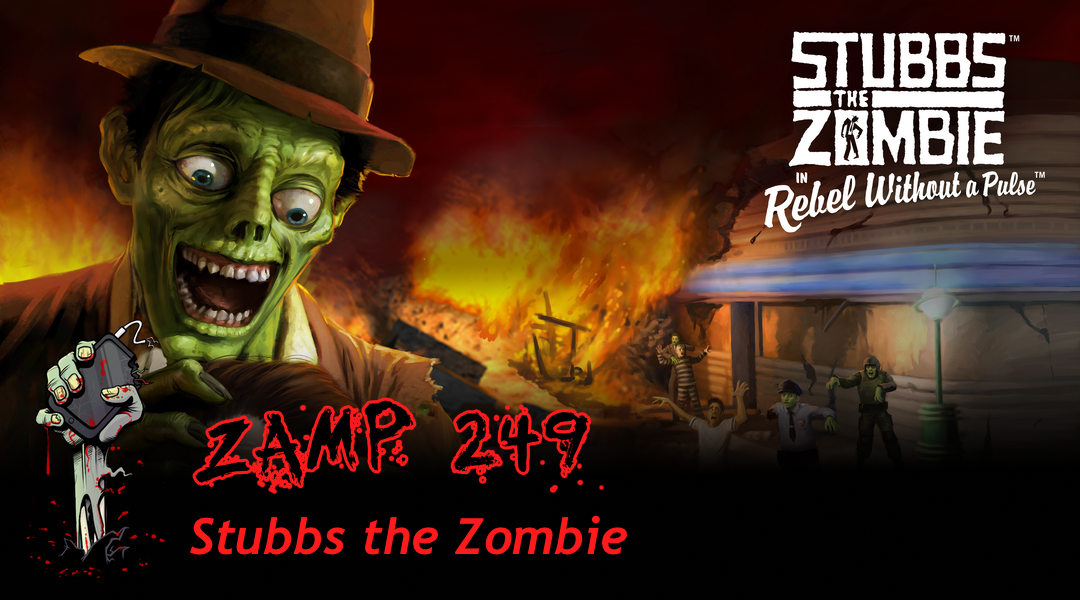 The time has finally come, Stubbs the Zombie has been re-released and we’re ready to cover it on the show! Lou, a returning Stubbs fan, guides Ryan through the wonderful world of Rebel Without A Pulse. But before we bite into this 2005 cult classic, we have zombie news to catch up on. There’s a new zombie survival game coming to Steam Early Access in 2021 called Dead Matter, we have a release date for the Resident Evil movie reboot, Netflix confirms RE2 Remake voice actors will return for Resident Evil: Infinite Darkness, and the devs behind Dying Light 2 commit to more updates and a release window.

Wondering where to find Lou on that guest spot he mentioned? Check out The Joe Blow Horror Show!

Coming up on ZAMP! April is The Walking Dead – Season 10C month! First up Episodes 17 through 19, then the final three episodes. Then, we move over to the return of Fear The Walking Dead.