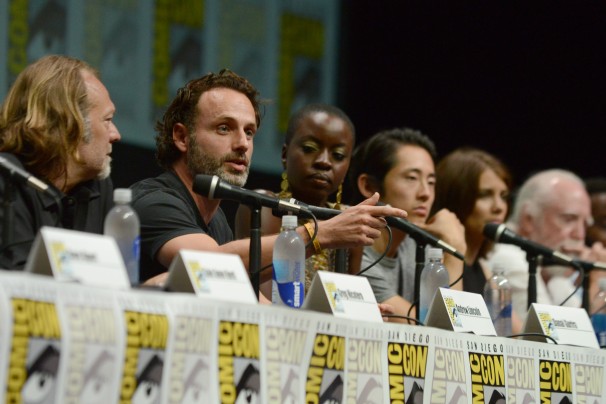 We are back with our new Bi-Weekly schedule. This weeks conversation  revolves around all the great walking dead news that came out of Comic-Con in San Diego. Robert Kirkman announced some details about the up coming Season 4 of Walking Dead and also the future of the Walking Dead Comic…. I mean after all it is called Comic-Con. Also Telltale also made some noise about the upcoming season of their Walking Dead video game. We also briefly chat about some Zombie films. Bob saw World War Z while Lou saw Warm Bodies. Did we like them? Listen in to find out!

Topic of the Week- Comic-Con News

Exclusive: Robert Kirkman talks The Walking Dead’s All Out War and the Zombie Threat

New Clothing Based on The Walking Dead TV Series

Day of the Dead remade again?